The Three Peaks Race is annual race in which competitors race against each other to be the first to reach the top of Yorkshire’s three famous peaks - Ingleborough, Pen-y-Ghent, and Whernside. It has been run each year since 1954, which happens to make it one of the oldest fell races in the United Kingdom. 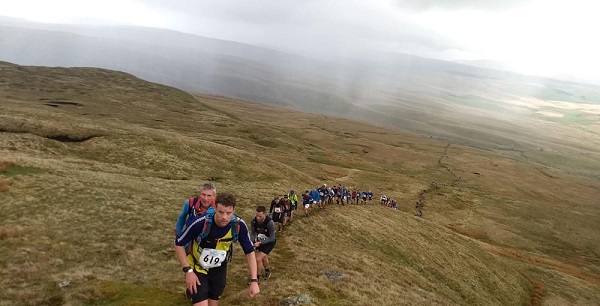 This race has been around for 66 years and it has only been cancelled 3 times in its history - in 1981 heavy snow made it impossible to clear the roads, then there was the Foot and Mouth outbreak in 2001, and we all know why the race had to be cancelled in 2020.

Up until the Three Peaks became the location for the World Long Distance Mountain Challenge back in 2008, the Three Peaks Race always took place on a Sunday. However, in 2008, it was moved to Saturday and it has remained this way ever since. A plan has been put in place as a means to try and limit any inconvenience for the participants should a race be cancelled for any reason. If a race is cancelled by 6pm the evening before, an email will be sent to all participants, ensuring that people do not travel for the sake of it. A later cancellation is obviously a bit more difficult. In case of a cancellation on the morning of the race, participants will be sent a text message.

Participants should not that there are still costs of around £20,000 to pay should the race be cancelled. Therefore, it has been decided that if the race is cancelled before it starts all participants will get back 50% of their entry fee. However, if the race is stopped after it has already started, the whole entry fee will be kept. We know that this is not ideal, but like we just mentioned, there are still a lot of costs that the organisers have to pay whether the race goes ahead or not.

There are some important rules that must be adhered to and we are going to now take a look at some of the main ones.

All participants are required to be in possession of a map of the route, a compass, water and windproof jacket and trousers, a whistle, gloves, hat, and emergency food. Participants will be checked for these items at the start of the race and might even be checked at other points in the race. If you do not have any of the required equipment, then you will be disqualified from the race. It is also recommended that you have a space blanket if the weather is cold.

If you have not passed High Birkwith within 1 hour and 45 minutes, Ribblehead within 2 hours and 10 minutes, or Chapel-le-Dale within 3 hours and 30 minutes, you will be timed out from the race. There will be doctors on site, and they have the authority to stop a competitor should they deem that their health is at risk. Those who retire early from the race must tell a race organiser at the closest checkpoint. If you arrive late for the race, then you will not be allowed to enter – there are no exceptions to this rule.